As the fifth generation of the Gaja family prepares to take over the running of its renowned winemaking business, the family explains how openness to change keeps them ahead of the game

“My father taught me that you have to be able to think differently,” says Angelo Gaja, the 80-year-old owner of his family’s eponymous Barbaresco-based winery. This is an attitude that has been handed down from generation to generation in the Gaja family and one that Angelo himself has passed on to his own three children as they prepare to take over the reins of the company.

Gaia, Rossana and Giovanni are the fifth generation of the Gaja family to produce wine in this part of Piedmont – their ancestor Giovanni Gaja first established a winery in the village in 1859. By the middle of the 20th century it had become renowned throughout Italy for its Nebbiolo-based reds, Barolo and Barbaresco. 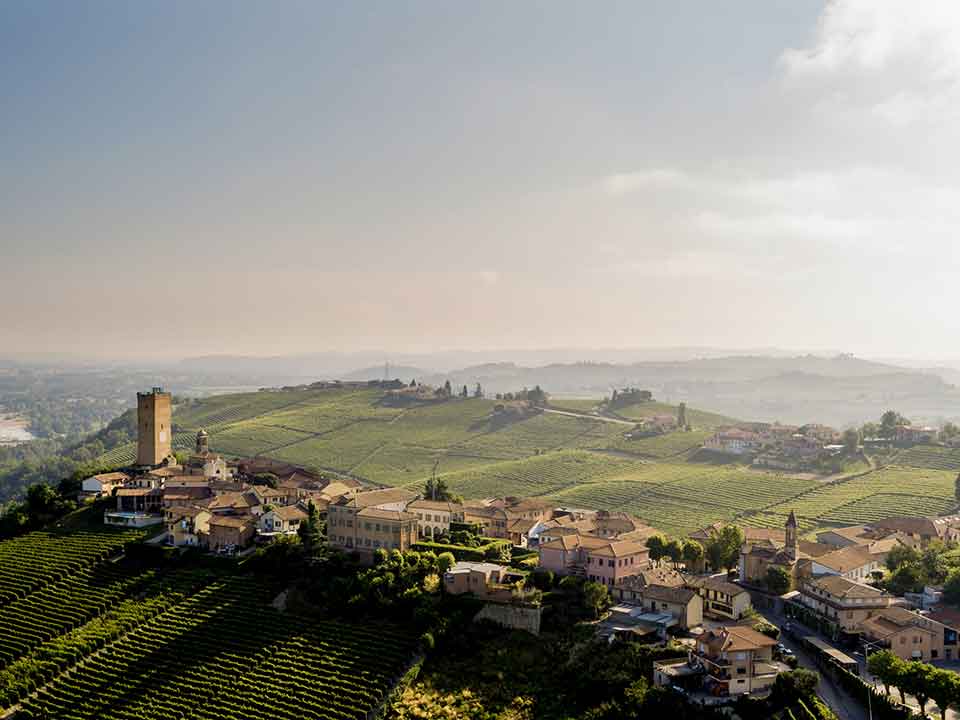 However, it wasn’t until their father, Angelo Gaja, joined the winery in 1961 that it began to garner an international reputation. “Barbaresco was an undiscovered wine, principally drunk in Italy, but with no exports to foreign markets,” says Angelo. It’s fair to say that, over the past 60 years, Angelo has succeeded in establishing Barbaresco as one of the world’s great wine appellations. The fact that Gaja wines are now keenly sought out by oenophiles is thanks, at least in part, to the family’s willingness to think differently.

“In everything we do, there is a strong belief,” says Gaia, Angelo’s eldest daughter. However, “a pillar of our philosophy is doubt,” she adds. “My father has never been dogmatic, and even now he always makes sure he keeps an open mind. And by being open to other techniques and theories, we can improve.”

In everything we do, there is a strong belief – but also a pillar of our philosophy is doubt

This willingness to question traditional practices is most visible in the winery’s adoption of new viticultural methods. “We believe the best way to take care of our vines is to enhance the biodiversity all around them,” says Rossana, Angelo’s middle daughter. 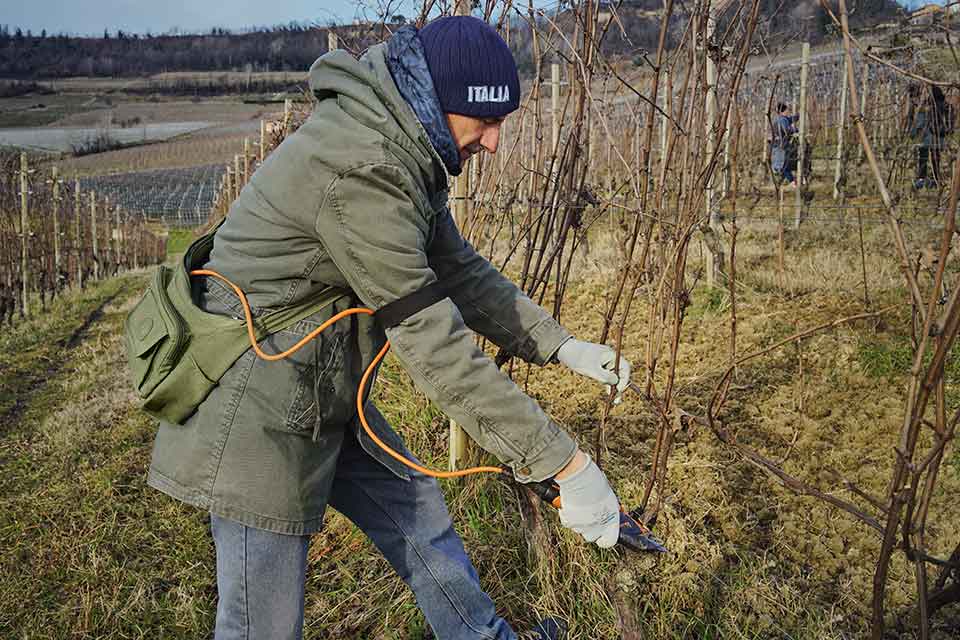 Gaja has adopted a range of measures, from natural grazing around the vineyard, to keeping beehives and wildflowers on the land to help maintain a healthy bee population. The winery also uses cover crops to aerate and soften the soils around the vines and to encourage the growth of vital microorganisms.

Nonetheless, the family prefers tried and tested methods over innovation for innovation’s sake. “We’ve never had a website and we don’t use social media,” reveals Giovanni, the youngest son, who studied economics before joining the family business in 2018. This might sound risky, but there is a logic behind it. “When everyone’s focusing on the internet, media and digital, we’re still focused on communication in a more personal way,” says Giovanni, explaining that he and his sister Gaia still travel to markets around the world to present their approach in person. 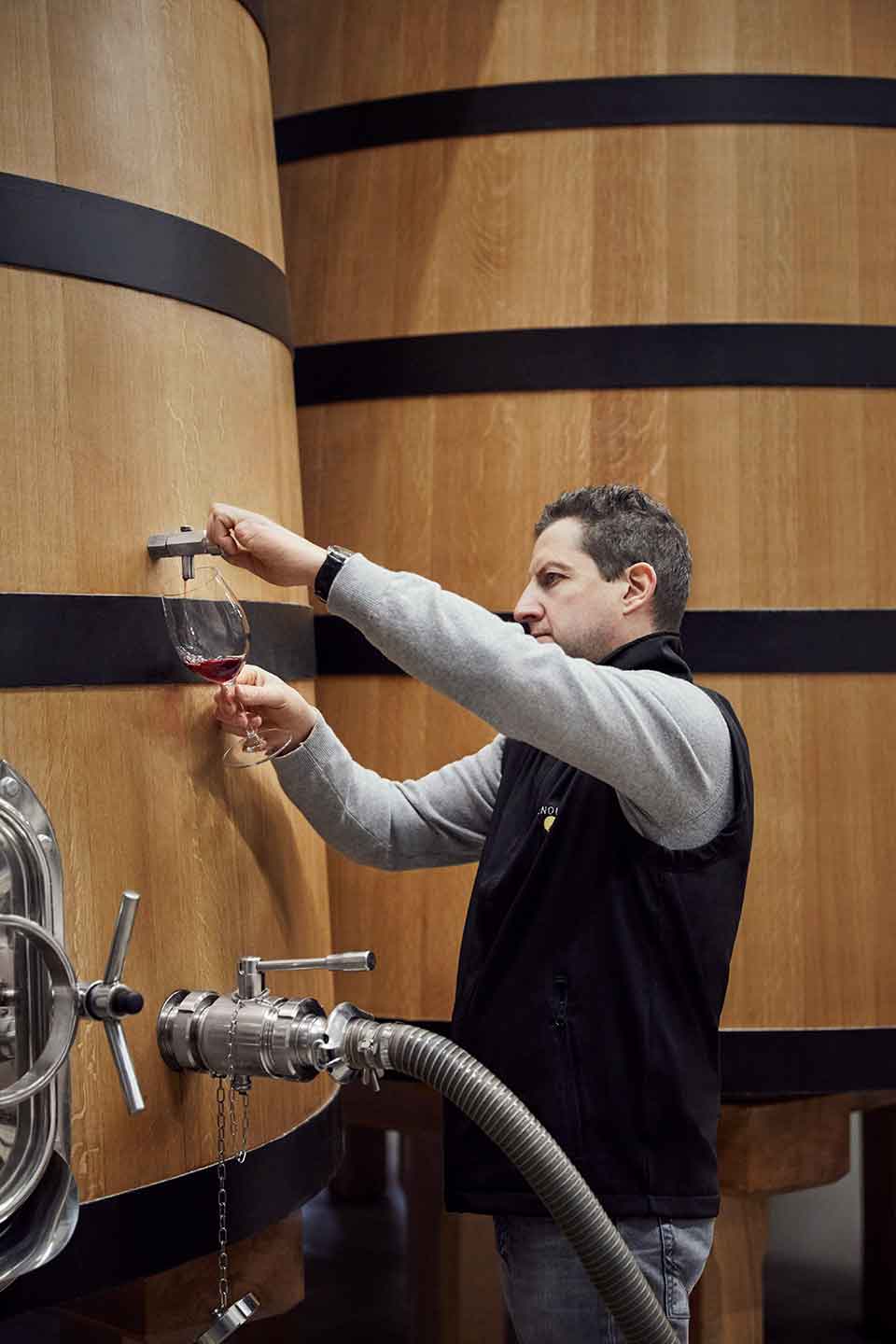 The family’s willingness to go against the grain will prove useful as the fifth generation prepares to take over. Succession planning can often be a fraught time for family businesses – a recent global survey found that 70% of family business leaders did not have a succession plan in place. That is a particular concern in Italy, where it’s estimated more than 85% of businesses are family owned.

For Angelo, the matter of succession is a lifelong project. “Children,” he says, “need to be cultivated and, step by step, have to know about the family business.” As his eldest daughter Gaia notes, some things take time. “You can’t learn a taste, and you can’t learn a style or an attitude. You can only make them yours by being in contact with them for a long time.”

Angelo insists he has no immediate plans to retire, although he has been gradually stepping back, allowing his three children to be more involved in decision-making. He now sees his role as more of an advisor. It is “to be friendly and closer to them,” he says, “and if they ask me for a suggestion, to give them advice”.

For a family preparing for such a time of transition, communication is essential. “We always talk together,” says Giovanni. “All the most important decisions are taken by sitting down at a table together.” Like a lot of aspects of winemaking, it’s not an exact science but rather a process that requires a certain alchemy along with passion and tradition.

The business world is currently reeling from the effects of the global pandemic, but, despite these challenges, the Gaja family has its sights set firmly on the future. “The secret of our success is the fact that each generation has always respected what the previous generation did and respected their achievements,” Giovanni concludes. “And yet, they were also always looking to outperform these achievements.”