Could changing attitudes to water disrupt the $600 billion beverage industry?

In the last two years, reusable water bottles have become a familiar sight in offices, gyms and carry-on bags across the globe. From luxury designers to high street names, brands have been eager to design their own version of today’s must-have accessory.

Could this be the sign of imminent disruption for beverage sector behemoths?

The non-alcoholic drinks industry is expected to be valued at $1,252 billion by 2024 , 50 per cent of which will sit with three of the biggest global beverage companies: PepsiCo, Coca Cola. and Anheuser-Bush InBev.

But a sweeping change in consumer attitudes – towards plastic, in particular – has led the industry to rethink the way we drink.

Today’s beverage bottling and distribution methods are viewed widely as unsustainable. Plastic waste is clogging waterways, entering the food chain and polluting the planet’s oceans. And, the processes involved in manufacturing bottles are heavily dependent on fossil fuels.

Unable to wholly transform their practises overnight, industry leaders have instead taken the approach of drafting change-for-good roadmaps and communicating transparently about the timescales they are working to. PepsiCo has pledged to increase recycled content in all its plastic packaging by 25 per cent by 2025 , for example. This approach has been well-received.

But this shift in consumer sentiment also presents a formidable opportunity for newcomers to develop fresh and more sustainable business models.

Waterdrop®, a beverages start-up based in Vienna, launched a product that it claims requires up to 98 per cent less packaging than a plastic bottle.

Through an innovative manufacturing process, waterdrop® compresses natural fruit and plant extracts into a cube, enriching it with vitamins.

This model has a number of benefits, one of which is that it allows waterdrop® to sell online, direct to its consumers. Very few of the big beverage companies have e-commerce channels, because drinks are too heavy to ship and the basket sizes are rarely large enough to make it worthwhile, whereas waterdrop® packages are light enough to be sent through the post.

In this way, waterdrop®’s approach disrupts the core model of the beverage giants, whose business is more “a supply chain game, not a product game”, says founder and CEO, Martin Murray.

“If you take a pack of 12 waterdrops®, that has less packaging than even the cap of a normal bottle,” asserts Murray. He adds that allowing people to make their own drinks from decentralised water reduces transport emissions.

Somewhere between 10 and 20 per cent of daily truck loads are beverages being transported across the continent,” says Murray.

But the challenges surrounding reliable and sustainable water supply go far beyond the beverage industry.

Water use has been growing globally at more than twice the rate of total population increase in the last century, putting pressure on supply, especially in arid regions.

This means that private companies with innovative solutions will play an increasingly important role, especially in North America and Central & Eastern Europe, where companies are expected to increase their market share by more than 10 per cent between 2013 and 2025. 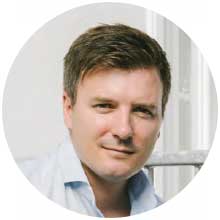 For Pictet, this story is not new. It was one of the first asset managers to invest in water in 2000, with the aim of capturing investment opportunities across the global water industry, in particular water supply, technology and environmental services.

Whether it’s big business or start-ups challenging the status quo, the potential rewards could be transformative.