Just as technology has transformed the business landscape, the same applies to consumers, who are changing their behaviour at an unprecedented speed. 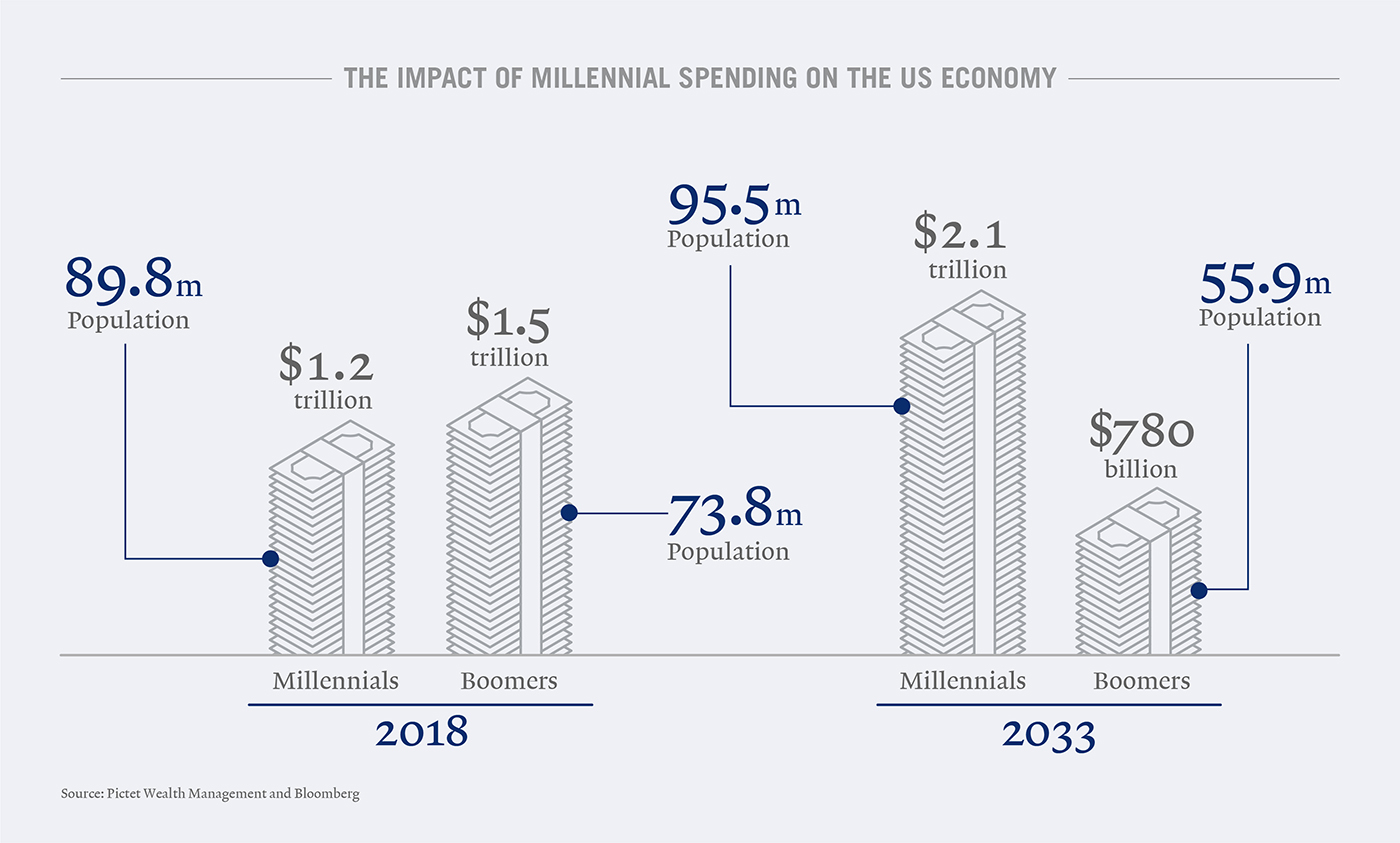 Having swept all before them in their digital fields, the new corporate giants – Google, Amazon, Facebook and Apple – are turning to the physical world to challenge traditional retailers on their own turf.

The new focus is on personalisation, which a report by the Copenhagen Institute for Future Studies (CIFS) predicts will shape consumption patterns for years to come.

Technology has always been a driver for changing consumption patterns.”

“Technology has always been a driver for changing consumption patterns,” says Claus Kjeldsen, CIFS Chief Executive. “In the last decade we have seen the rise of digital giants in a winner-takes-all economy characterised by companies and services which dominate their markets with little or no competition.”

“Today we are seeing some of these digital giants entering the physical world, setting in motion a growing horizontalisation which creates competition across markets that were previously insulated from each other.”

“Companies like Amazon and Alibaba can play to the strengths of digital – personalisation and prediction – while using their size and reach to upset whichever markets they choose to enter.”

Amazon’s purchase of Whole Foods in 2017 was seen as a game changer for the supermarket business. Consequently the pre-IPO price of stocks in Blue Apron, a meal-kit delivery start-up, dropped by around 40 per cent.

Today we are seeing some of these digital giants entering the physical world.”

The aim is to create a stronger bond between consumers and brands – for example, when Amazon offers discounts on groceries in their physical stores to Prime members, they are promoting horizontalization and creating competition across market boundaries. The company’s latest announcement that it will acquire the online pharmacy PillPack is sure to cause disruption.

Big data and new developments in machine learning are making it ever easier to target individuals. Simultaneously this increases consumer demand for personalisation – something traditional retailers may struggle to provide as they still offer one-size-fits-all solutions.

Yet while most will probably want AI to take care of the simple things: toilet paper, detergent, socks and other basic necessities, it would be a mistake to assume that people will want all their shopping automated by convenient services.

“We are moving away from a world dominated by relational consumption, where we buy from the brand we know and trust. Instead, consumers expect brands to offer them a new kind of luxury, either in the form of products that create a better me or that help the consumer create a better world,” says Kjeldsen.

Consumers want to be treated like a person instead of a number.”

Retailers are also advised to carve out exciting real-world experiences for consumers that cannot be rivalled online. Offerings such as the concept stores of South Korea’s Gentle Monster glasses brand play with space, texture, light and sound, creating an experience that feels more like a modern art museum than a bricks-and-mortar store.

In the not-too-distant future, technologies such as facial recognition and biometric data will allow retailers to anticipate customers’ needs based on mood, posture, heart-rate and even brain waves.

Another change that brands need to understand is the emergence of the liquid consumer. Identities are far more fluid than they were in the 20th century. Young people feel free to express themselves as they wish, away from “old fashioned” societal expectations.

In the past companies could more easily understand their consumers’ needs, thanks to the stricter rules of society. Today it is evident that this traditional segmentation is becoming increasingly irrelevant.

Consumers increasingly defy categorisation because they are comfortable with frequently changing their identity based on context, social setting or even the day of the week.

We are no longer behaving as we “should” according to traditional consumer segmentation — and companies have started noticing.

A recent report by Forrester estimates that only a third of companies which use consumer segmentation in their marketing believe that these methods are helping. Instead of trying to invent new boxes to define the consumer, the goal for forward-thinking companies will be to communicate why their products are relevant and how and when they can be of benefit.

“Consumers want to engage with brands that help them lead the lives they desire and to consume products in their own way – to be treated like a person instead of a number,” concludes Kjeldsen.